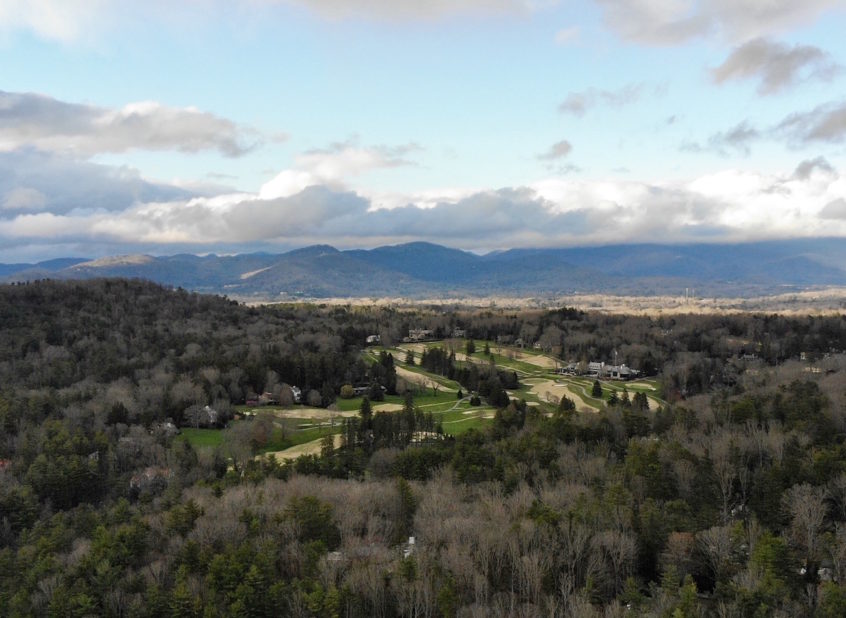 In 2015 Biltmore underwent a full course renovation. The photos below were taken pre-renovation, but they represent the course well. I will return soon to take new photos and update the post. Read more on the renovation below!

Donald Ross left his mark on my North Carolina courses, but a few stand out as special among the others. Biltmore Forest Country Club is one such course. Built in 1922, the club was founded by the Vanderbilt family, who built their famous Biltmore Estate just down the road. Cornelia Vanderbilt oversaw the creation of the club, which she opened with a ceremonial tee shot on the first hole. 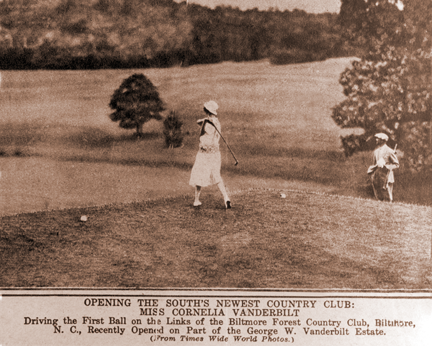 I am fortunate to call Asheville, North Carolina my hometown and Biltmore my home club. I grew up walking distance from BFCC and I learned to play golf on the course at a very young age. I can thank many of the generous members at Biltmore for encouragement and mentoring in both my golf game and life in general. The club’s history, membership, and course are unmatched in Western North Carolina. 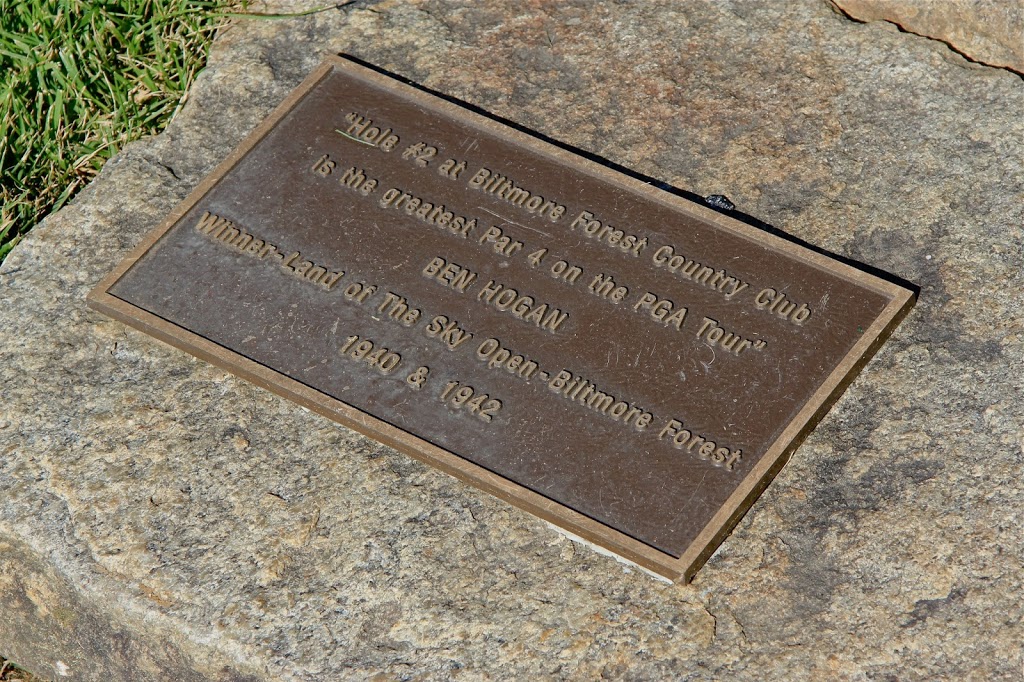 Biltmore is a private club located in South Asheville. It is consistently ranked among the top 10 courses in NC, slotting in behind the likes of Pinehurst #2 and Wade Hampton. The course highlights many of Ross’s best-known design attributes: his use of the land, “naturalness” of the design, and difficult large sloping greens. 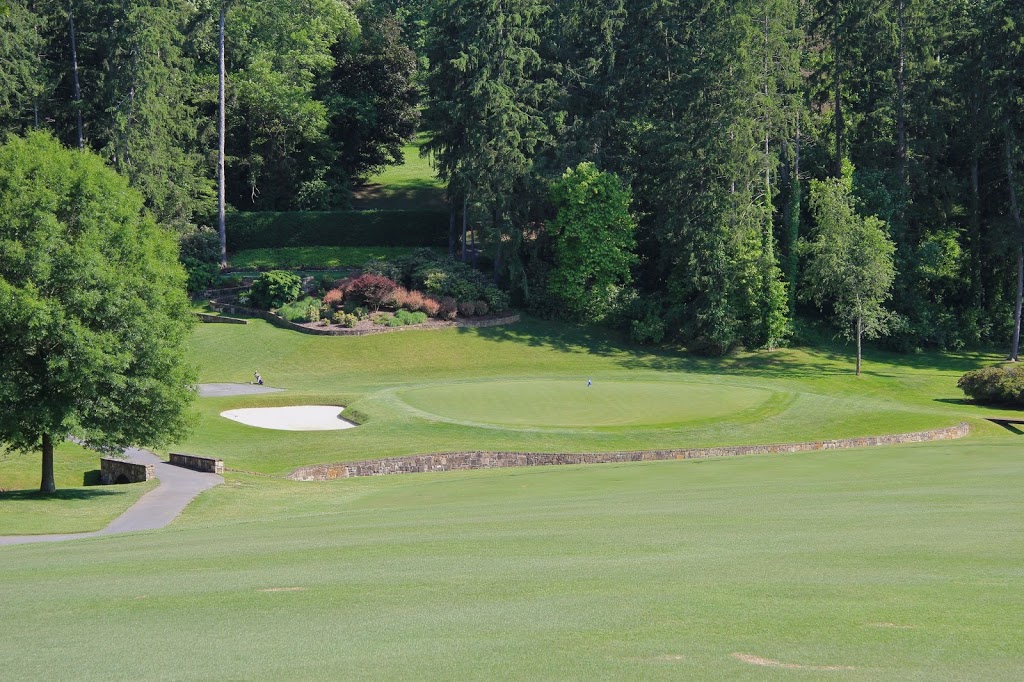 Typical of Ross, it is a short course measuring about 6,650 yards with a par of 70 from the tips. Various renovations have lengthened the course in areas, but an effort has always been made to keep the angles and original design intent as intact as possible. Big hitters can overpower areas of the layout, but unbelievably quick and sloping greens protect the course from being dominated. 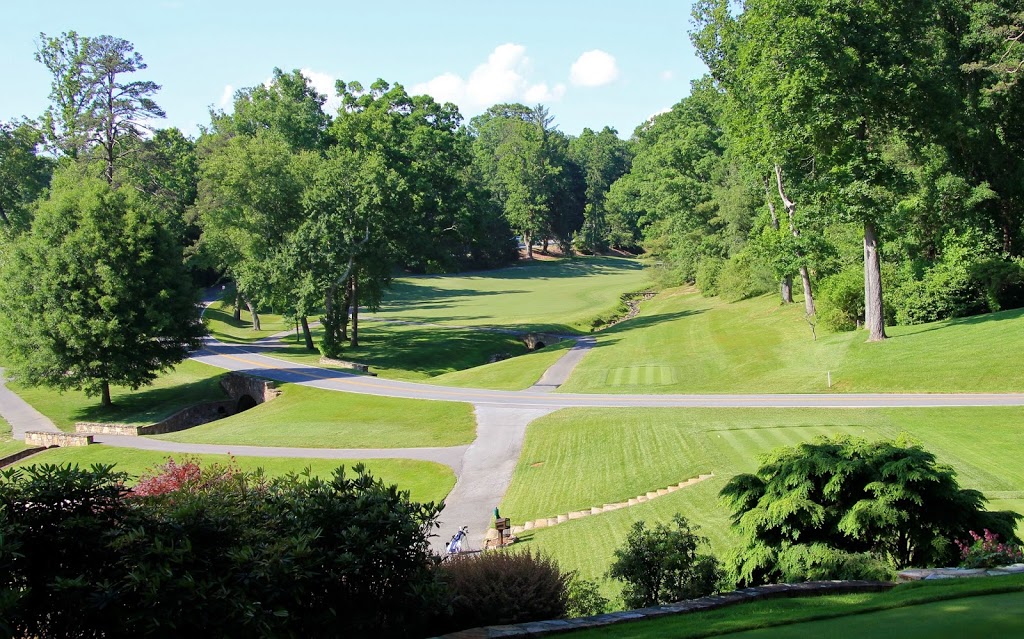 The view from the 2nd tee box.

The view from landing area on the 2nd.

The second hole at BFCC is considered by many to be the strongest hole on the course. Ben Hogan is quoted saying, “The second hole at Biltmore Forest Country Club is the strongest hole on the PGA Tour.” Hogan made the statement at a time when Biltmore hosted the Land of the Sky Open, a PGA Tour Event. The event took place between 1933 and 1951 and Hogan won in 1940 and 1942.

The second is a 450-yard, dogleg right par 4 with a creek running up the right side of the hole. From the new tee box, cutting of the corner is nearly impossible and a strong tee shot still leaves the player with an uphill, 200-160 yard approach. The greens slopes very severely back to front and anything above the hole is almost certain to be putted off the front of the green. 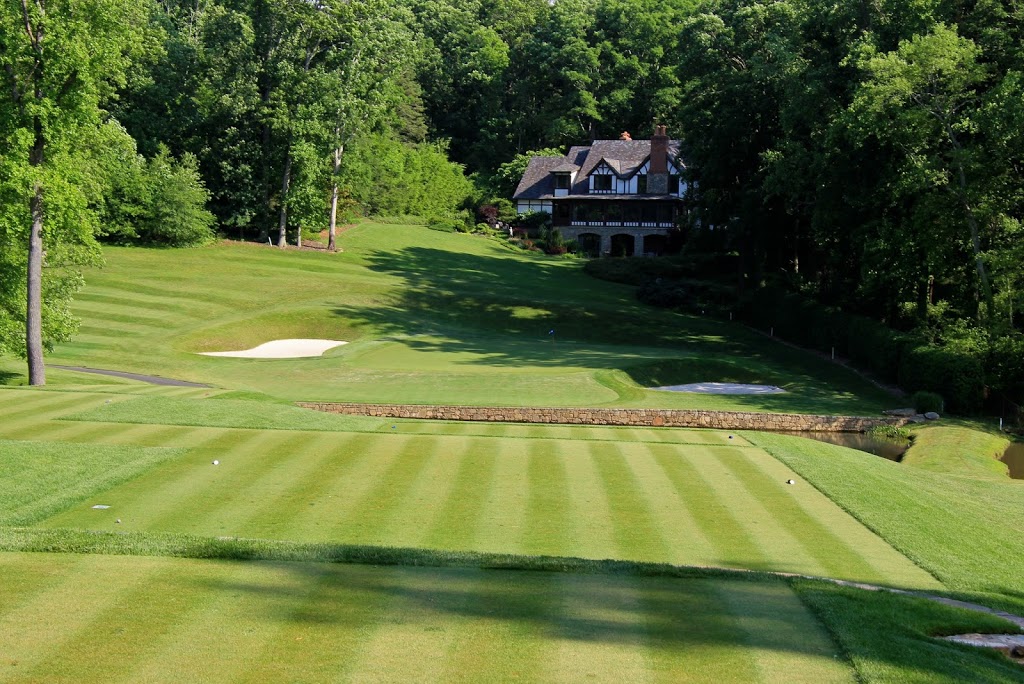 As stated earlier, the protectors of Biltmore Forest Country Club’s course are the blazingly fast, incredibly conditioned bent grass greens. During season, namely during the Sweetser Memorial Tournament, they are the best greens in Western North Carolina. During the season, the greens can roll anywhere between 10.5 and 12 on the Stimpmeter with barely any imperfections. Depending on pin positions and the speed of the greens, the course can be made incredibly difficult. 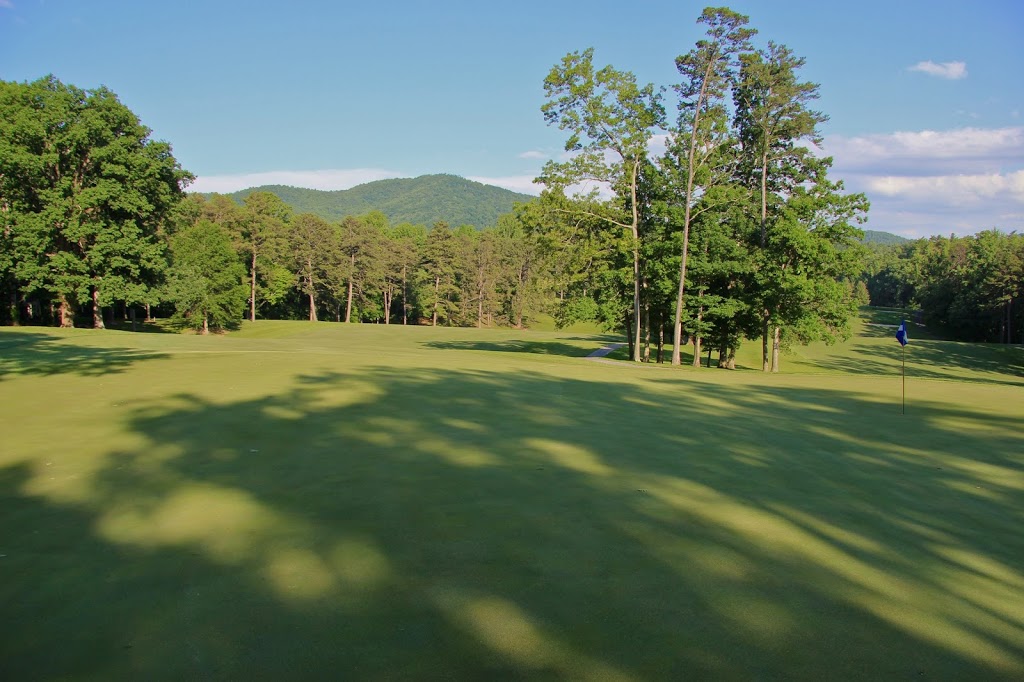 The 6th green, with the 6th fairway on the left and 7th on the right

The final stretch of holes from fifteen onward is very strong. A good score can easily slip away coming back up towards the impressive clubhouse. During one summer at the club, I played with a member who shattered the course record, shooting a 61. He achieved the incredible score by birdying both the 16th and 17th, which is a feat something very rarely seen. 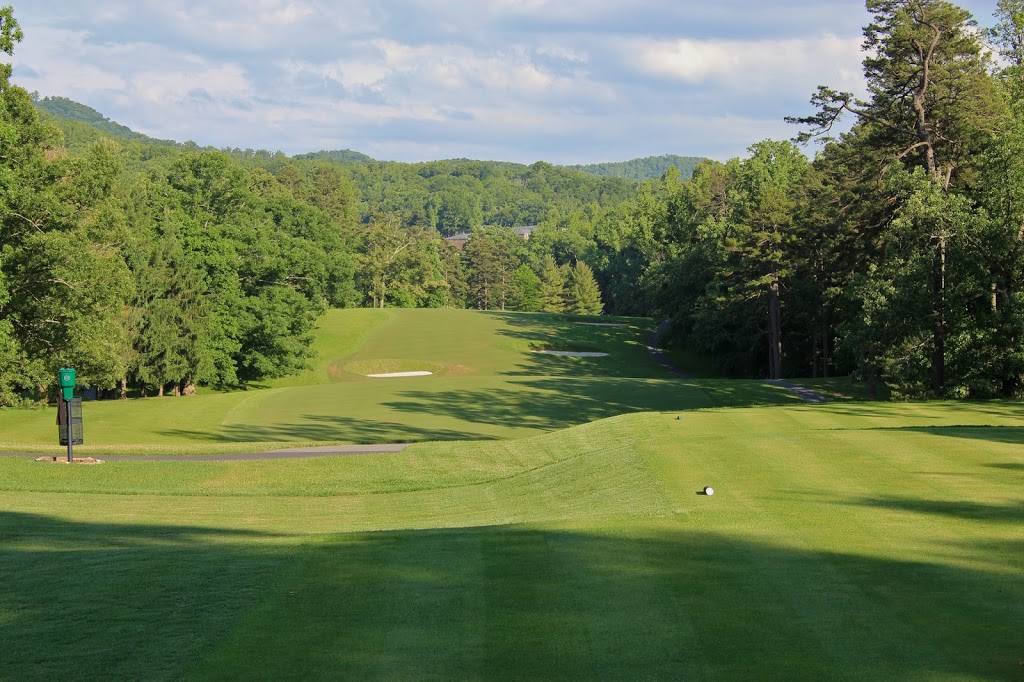 The 7th hole, the only par 5 on the course

A recent (2015) full renovation of the course took nearly every blade of grass back to dirt. Zion zoysia was placed in the fairways, new A1 bent grass was added to the greens, new irrigation and drainage were also added. Brian Silva also oversaw numerous new tee boxes and greenside runoff areas on both the front and back nines. The photos in this review don’t reflect the new renovation, but I will return to the course later this season for a new photo tour. 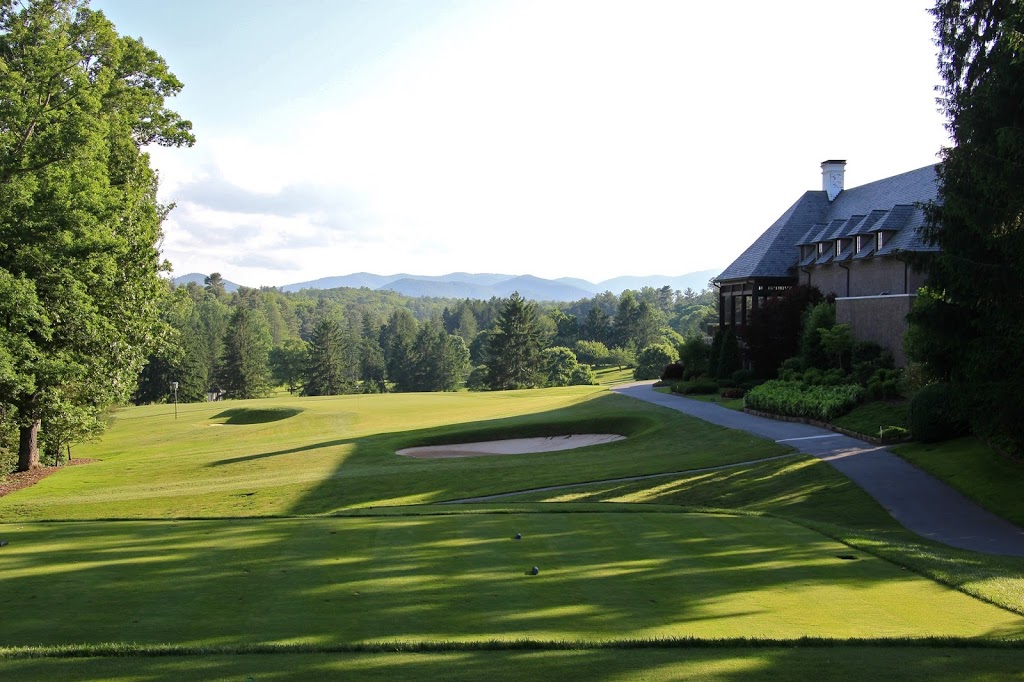 The club has played host to the 1999 US Women’s Amateur and the 2013 US Women’s Mid-Amateur. The course sets up perfectly for amateur events, but the length of the course rules it out for the larger men’s tournaments. 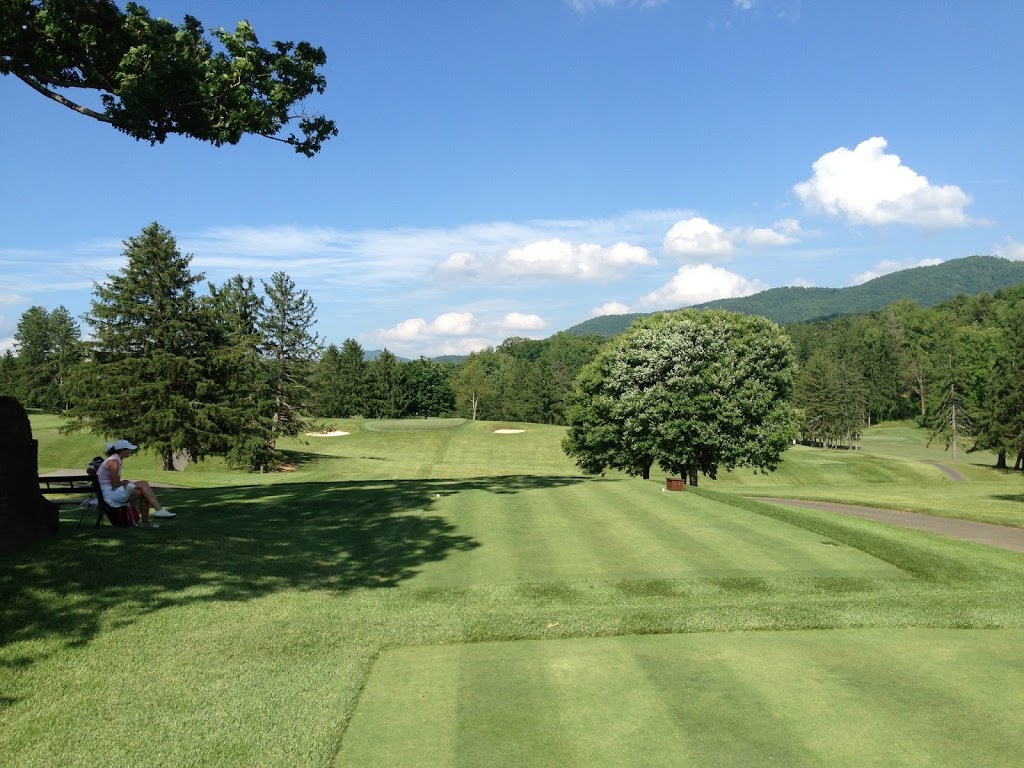 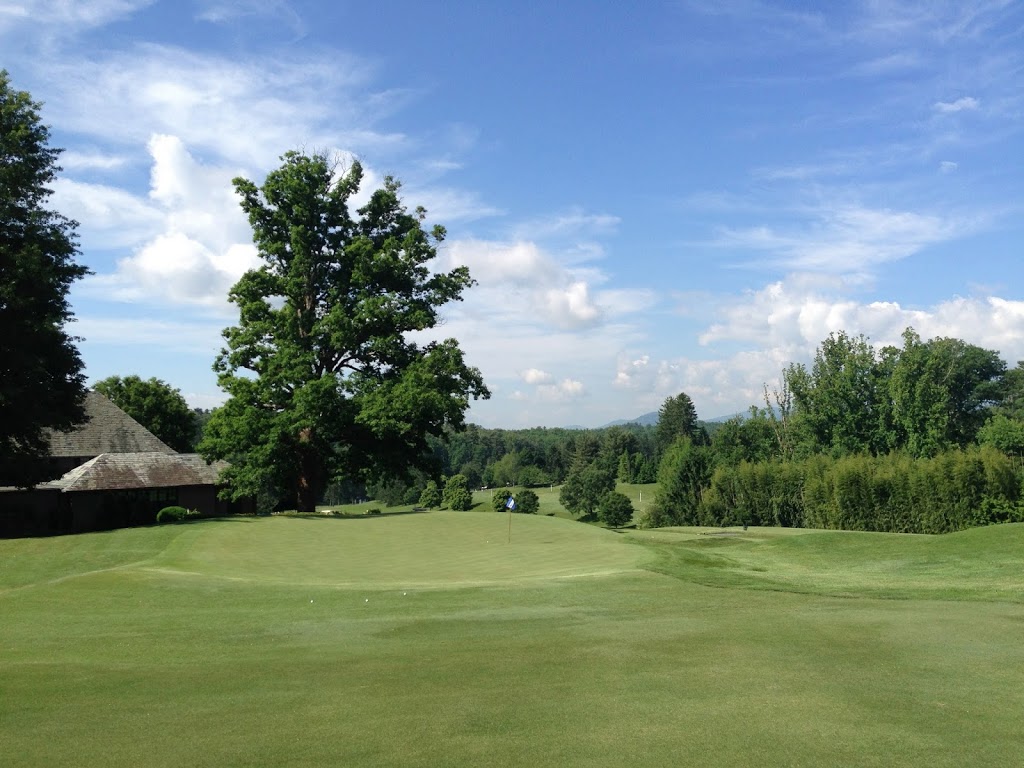 One of Biltmore’s greatest characters is Sheila Fender, the Pro Shop Manager. Sheila has been working at the club for over 30 years and has contacts at nearly every golf club across the country and even the world. Sheila sets up shop in the small, traditional pro shop behind the practice green at Biltmore. The understated shop is similar to that of other classic Southern clubs and it is indicative of other amenities at Biltmore. Nothing is overstated. 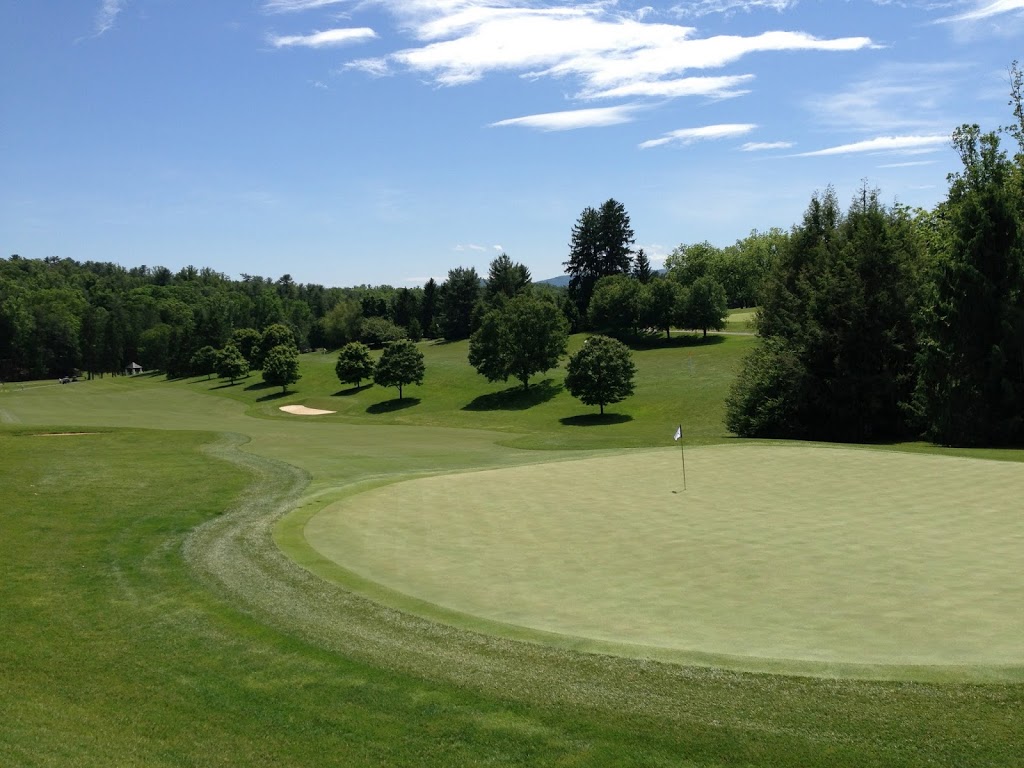 The 18th green looking back down the fairway

If ever given the opportunity to play Biltmore Forest Country Club, do not turn it down. It is an example of an old traditional Southern country club and truly is one of Donald Ross’s hidden North Carolina gems.