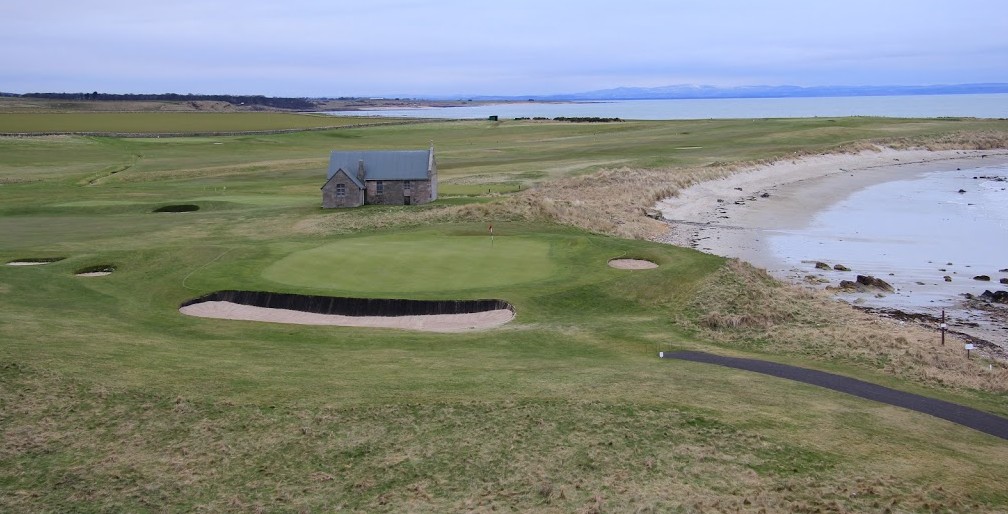 For the past two years I’ve been saying to myself, “I’ll go play Crail soon. Not today, but soon.” It was a very spontaneous decision to hop on the bus to Crail yesterday with my good buddy Matt, and I only wish we had made the short journey sooner. 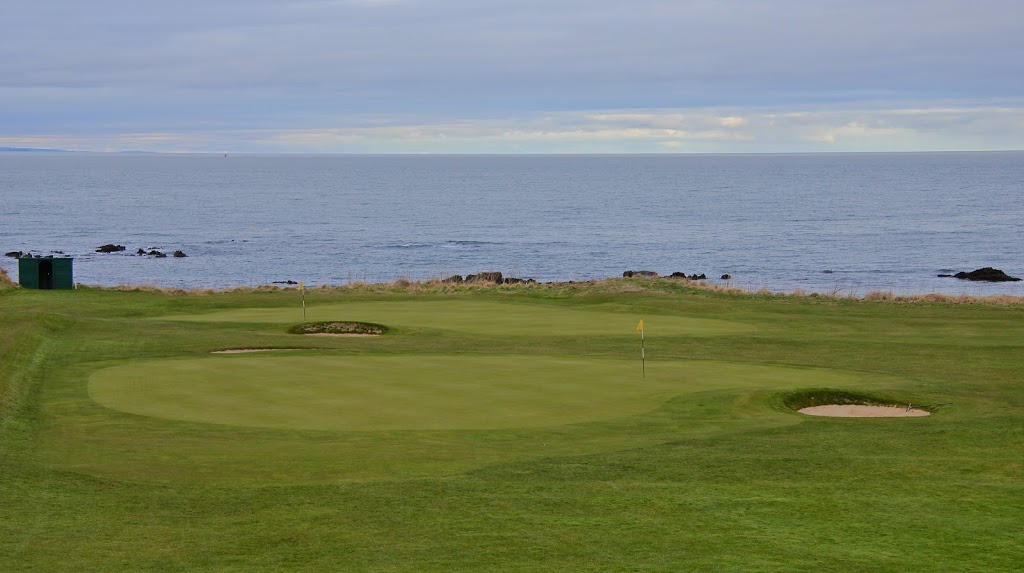 After taking the bus along the coast to the village of Crail, we sat down in The Golf Inn for a hearty lunch before walking the two miles out to the course. Little did we know at the time, it was in the Golf Inn in 1786 that the Crail Golfing Society was born. This establishes Crail as the 7th oldest golf club in the world.

The walk out to the golf course was short lived as local farmer and Crail member Allan Steven offered us a ride in the back of his truck. Allan turned out to be invaluable during the day as he signed us in as his guests (drastically slashing our rates), offered his local course knowledge, and then showed up at the end of our round to drive us back into Crail. Allan had been living in the East Neuk of Fife since 1937 and an entire blog post could be written solely on the stories he had to offer. 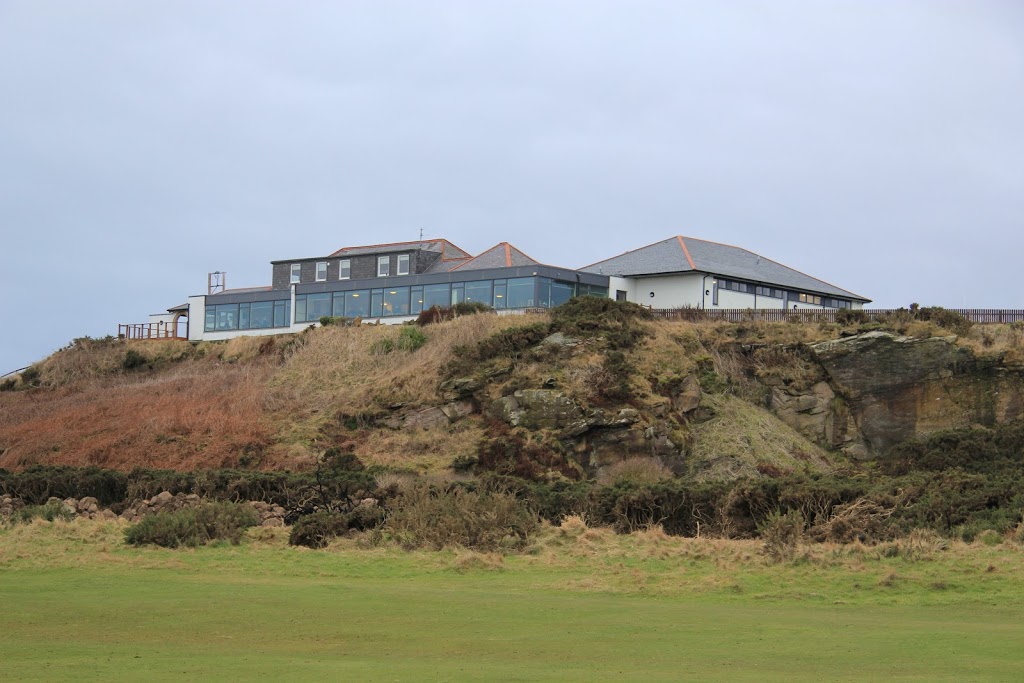 The Balcomie Course at Crail was laid out by the old Tom Morris and was opened in 1895. The course serves as a textbook for utilizing the natural shape of the land to dictate the design. The Balcomie links is fairly short with a par of 69, and as with any classic links course, the true defense lies with the wind. During our round we had nothing but a nice breeze, and low scores were to be had. 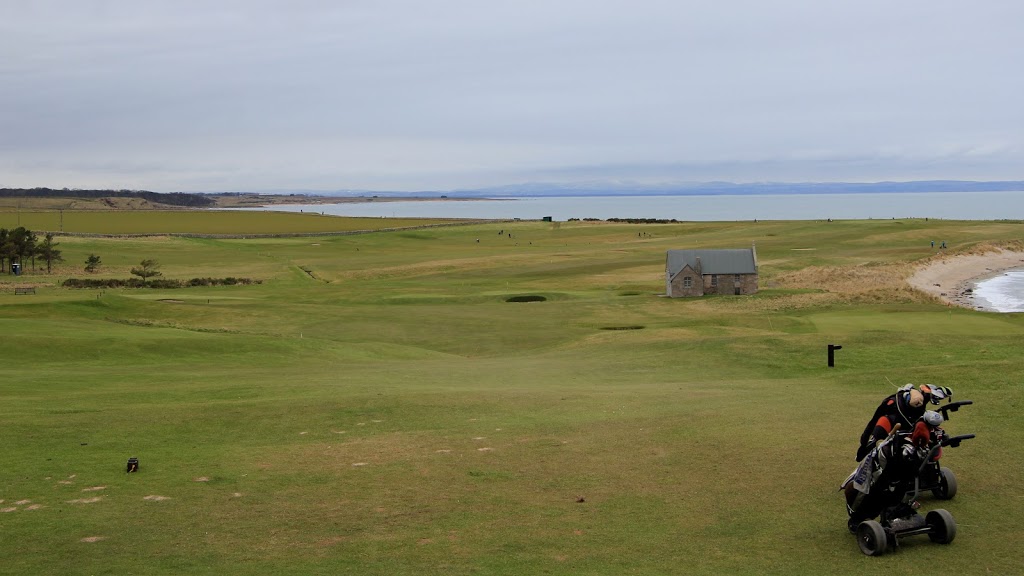 Nearly the entire front 9 can be seen from the first tee. It is a breathtaking view and it instills an anxiousness to play the round and explore the course. The first hole is a downhill par 4, easing the golfer into the round.

The second hole is seen hugging the coast line past the lifeboat shed on the right in the above picture. The medal tee is just to the right of the shed. The fairway follows the natural contour of the coast, leading to the green 493 yards away in the back right corner of the picture. 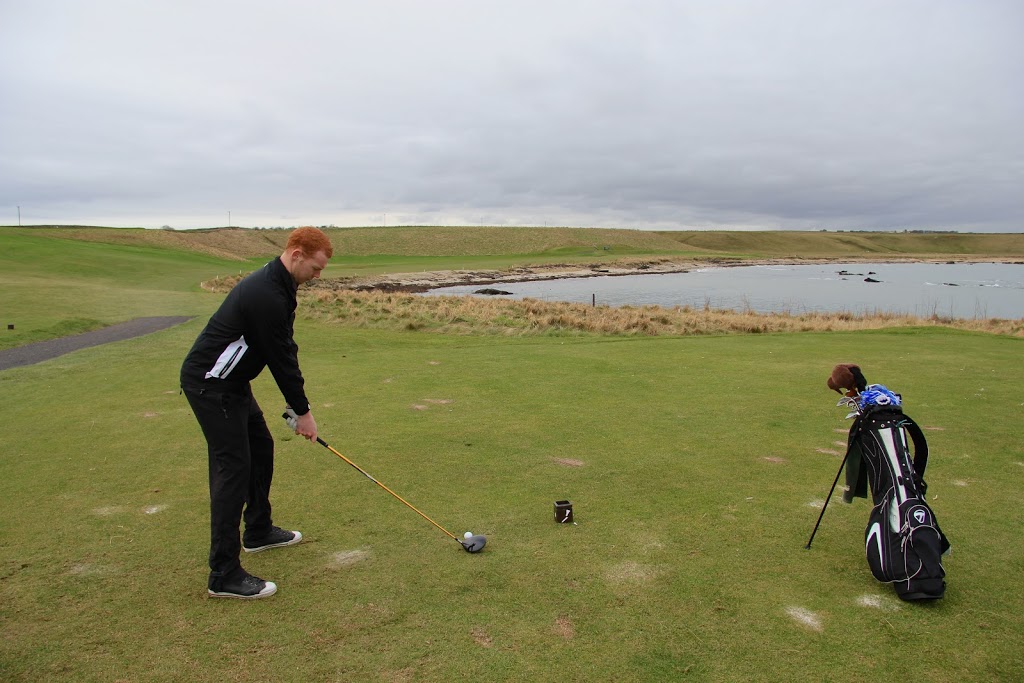 The 5th, “Hell’s Hole,” requires a forced carry over a section of peninsula to reach the fairway, something seen on the 4th hole as well. It is the number one handicap hole and was one of my favorites. The first five holes all have the sea on the right and work very naturally along the coast line. 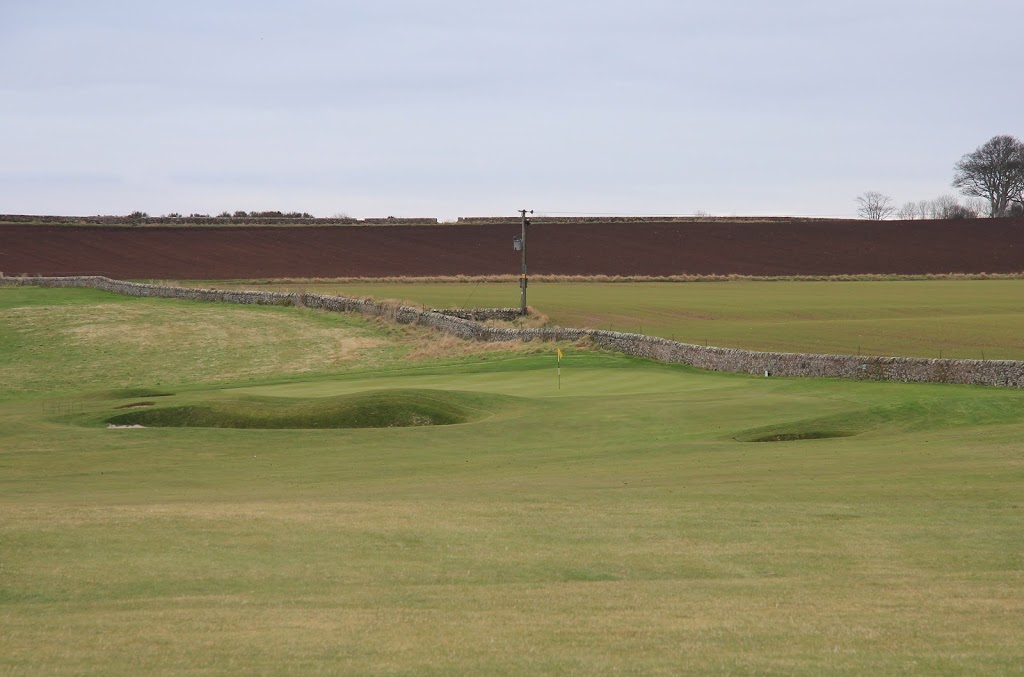 The 9th hole is a short 309 yards, but the approach can be deviously difficult with the bunker on the left and wall hugging the green on the right. One has to wonder if Old Tom Morris had Prestwick’s first hole in mind when he incorporated the wall as a hazard right of the green. I loved this green complex. 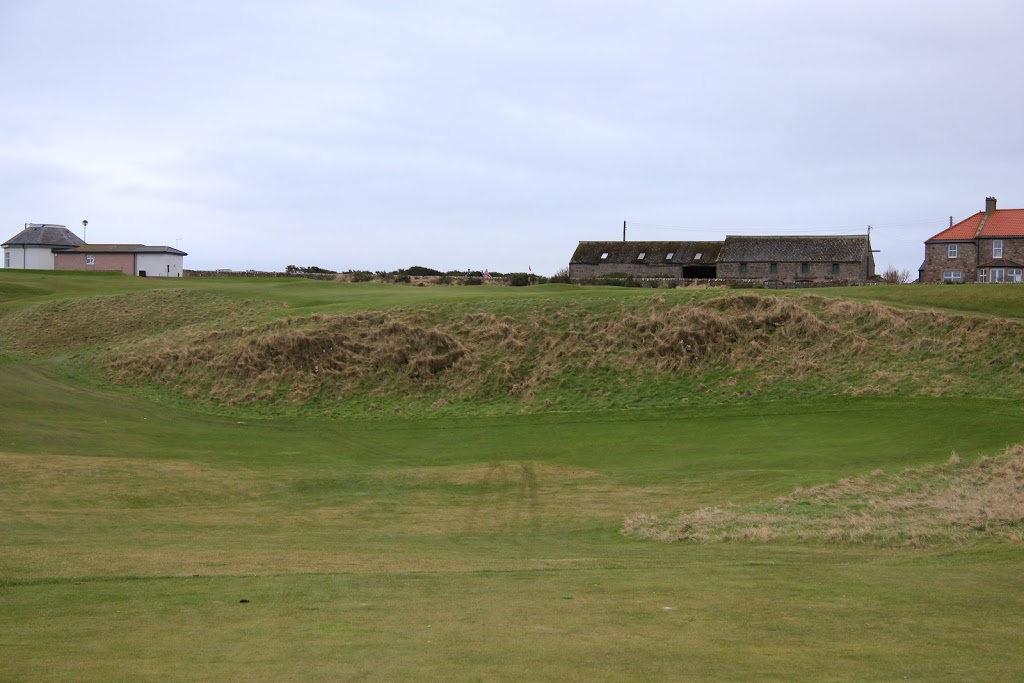 The 13th hole was one of the most difficult holes, and certainly the most difficult par 3 on the course. It was 215 yards uphill and into the wind during our round. The green is very undulating, making the blind tee shot even more difficult. The pin can be made out just to the left of the dark stone building in the picture. 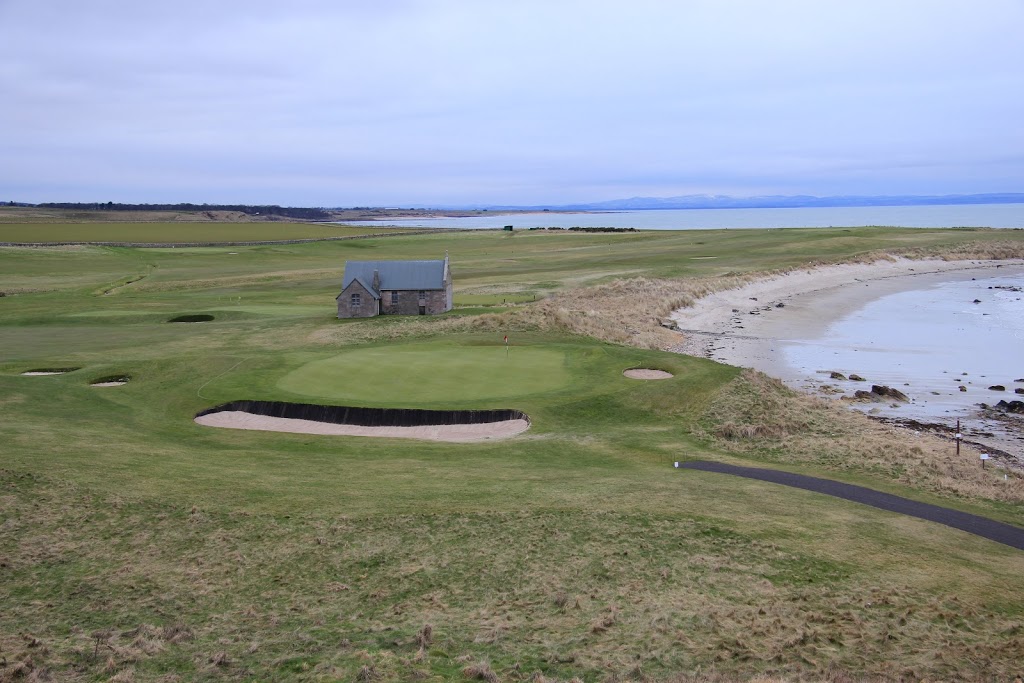 The 147 yard fourteenth hole could be considered the “signature” hole with its stunning tee box view. It is reminiscent of the 7th hole at Pebble Beach. The hole can be seen from the first tee and both Matt and I were very eager to play it from the onset of the round. 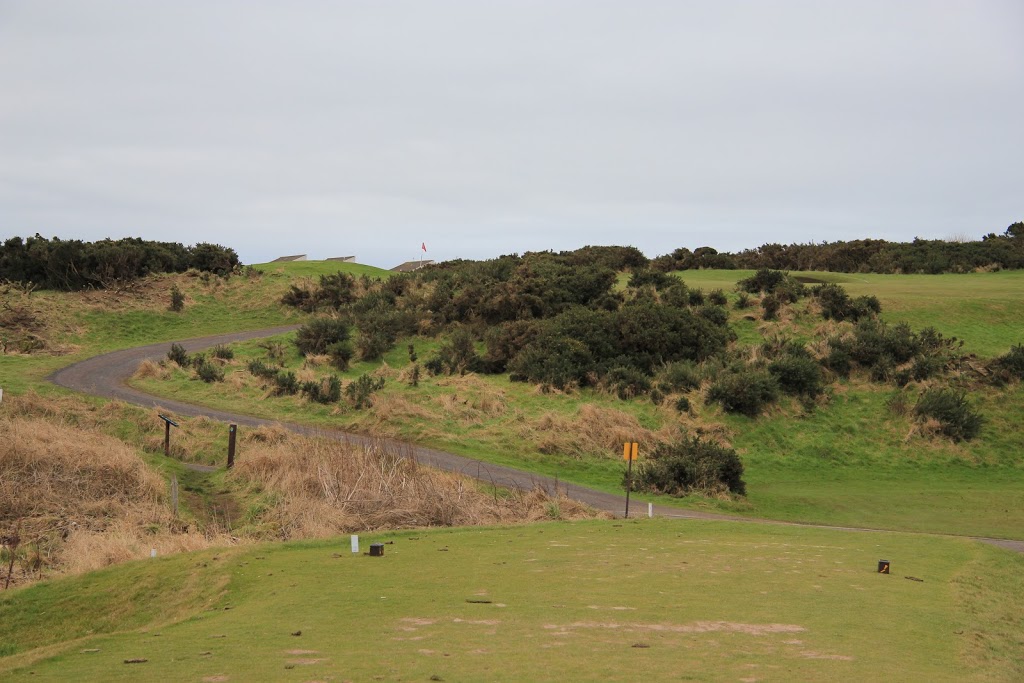 The 16th hole is one of four par 3s on the back nine on the Balcomie Links. It is another uphill, blind hole measuring 162 yards from the medal tees. The green is much less severe than the 13th, making it a good, but unquestionably easier, par 3. 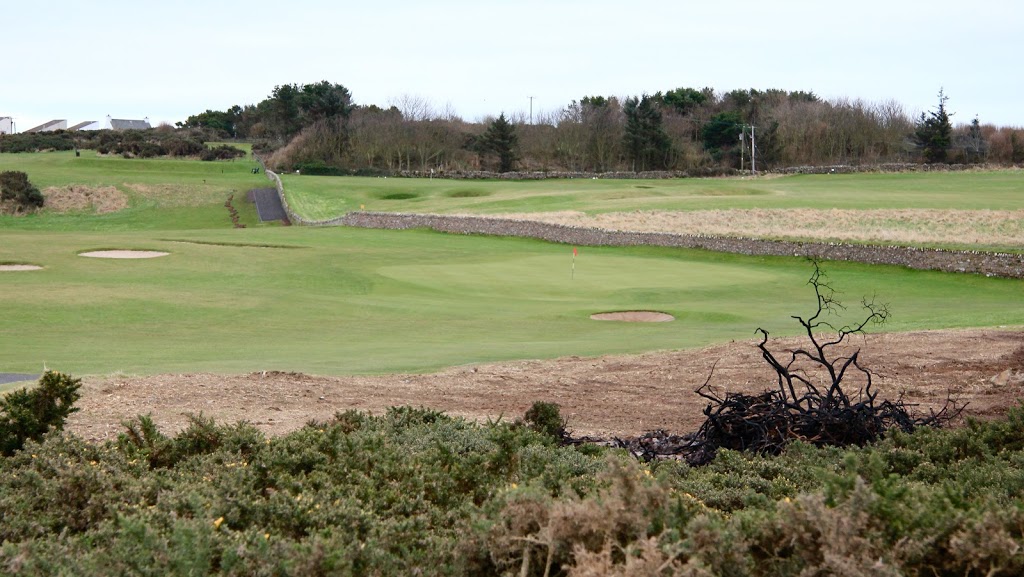 The closing hole is a long 205 yard par 3 in direct view of the clubhouse. You can almost feel the members watching, and after our round during a conversation with some members, our suspicions were confirmed. It simply takes a very solid shot to hit this small green. End with a par and you’ll be very happy.

I look forward to more rounds at Crail, including a round at their Gil Hanse designed Craighead Links. I would strongly encourage anyone on a St Andrews golf trip to make the short journey out to Crail. It is a taste of traditional Scottish links and the traditional Scottish golf club. It requires “linksy” shots and creativity to play well. I’ll be making sure my next round is with Allan Steven!